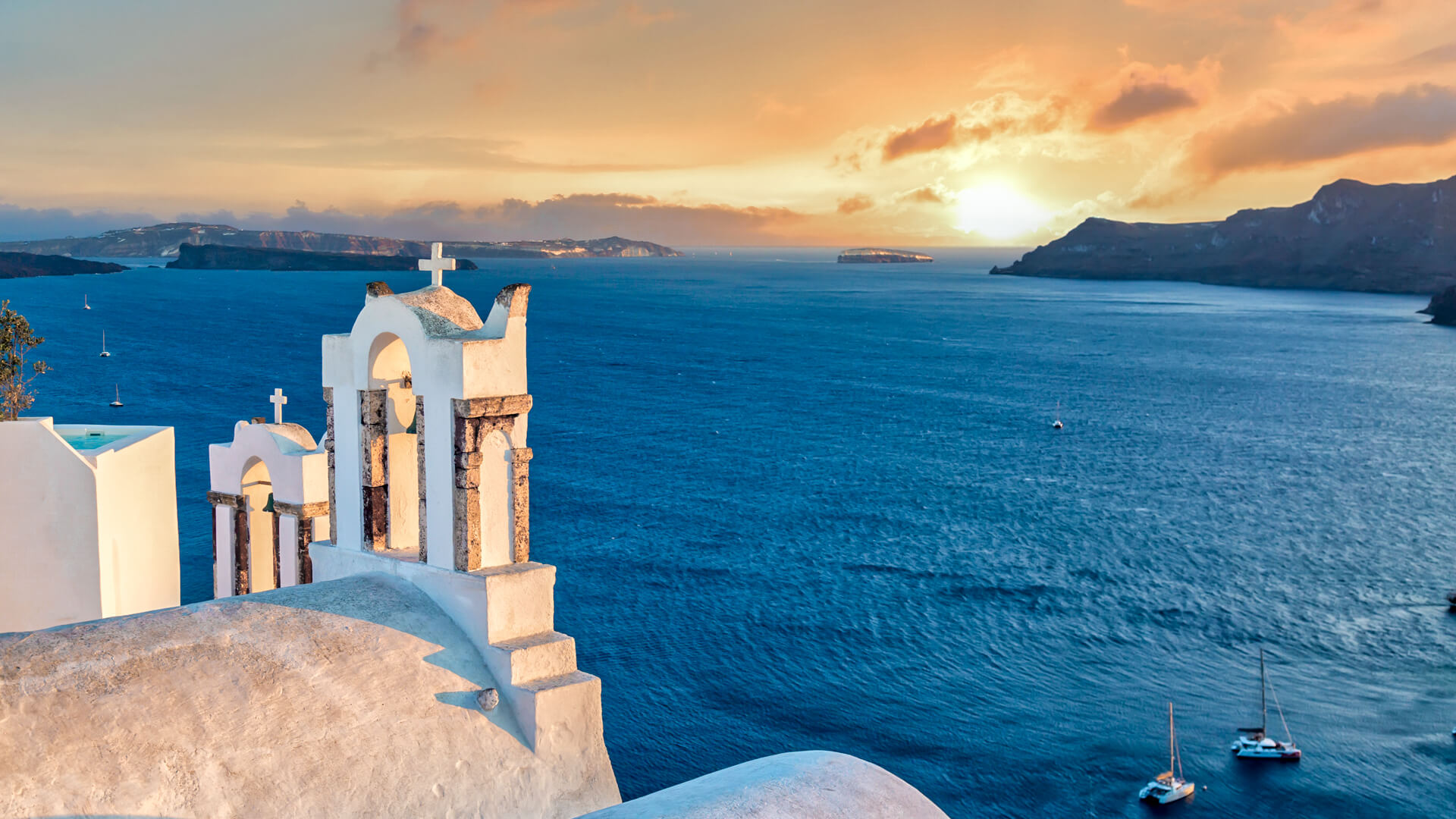 Plato’s famous myth claims it is the Utopian Lost Kingdom of Atlantis, while another Greek legend says it was the gift of Triton, Poseidon’s son, to an Argonaut warrior. Whatever its origins, Santorini is one of the most mesmerizing, beautiful spots on the planet. Gifted with a dramatic, one-off a kind scenery – black and red volcanic beaches, pristine villages seemingly suspended from the sky, majestic cliffs, and the trademark Caldera – Santorini has become a world-class, iconic destination beckoning honeymooners, foodies, history lovers, and wine connoisseurs from around the globe.

Stroll around scenic villages, climb on cliffs formed thousands of years ago, watch the famous sunset in one of the cocktail bars overlooking the Volcano – explore Oia for the fiery spectacle. Wine and dine in style in the medieval town of Pyrgos, picturesque Fira, or by the sea in Perivolos, Vlichada, and Perissa.